By Cassandra Castillo, daughter of Edward D Castillo of the LuiseoCahuilla, a Native American activist who participated in the American Indian occupation of Alcatraz.

Since I’m fully aware of the radical echo chamber I live in, I doubt this is a revelation to anyone but I want to share an Indigenous perspective on riots and looting.

The “Great” America you are familiar with, the one that most of you live comfortably in, has literally and figuratively been stolen and developed through intense violence and genocide against First Nations and the Labour of Black Slaves who were forced here to work for our so-called “great forefathers.” The modern Capitalist economy has developed in symbiosis with and synchronously with The United States, and for some mind blowing reason “Freedom.” Capitalism was only introduced to this land in comparatively recent years, exploiting millions of lives of non-Western European immigrants. The American Economy could not have developed as quickly and as successfully without White exploitation of Black Slave labour and the global cotton trade, or the Spanish Conquistadore’s enslavement of my peoples (hence my Spanish last name).

Capitalism here is deeply rooted in Violence. Capitalism is a way of living which values personal immediate prosperity above anything else: Human lives, health, and the abuse of all earth’s resources. Anytime a person defaces, destroys or “reclaims” property, goods or symbols of American Capitalism, it is an attack on Capitalism. Real change can happen when cost benefit analyses tip in a different direction. American Capitalism has handed over to my young generation profoundly bleak financial futures, job insecurity, the FUCKING GIG economy, diminishing pensions, un-affordable healthcare, a sick and mutilated earth, poisoned foods, Sisyphean debt, and downing education standards to name a few points of discussion. THE SYSTEM DOES NOT WORK FOR US.

There was a very short period of time in the mid-20th century when class mobility and domestic peace was enjoyed by White Americans. The mid-twentieth century was a very unequal time for the majority of Americans as it remains today. Corporate Personhood in the capitalist market grants Macy’s more federal rights than the average person of color. Riots, looting, property destruction punches holes in the very violent system that oppresses us all. This is Newton’s Simple Third Law of Motion. This is your equal and opposite reaction to Capitalist Violence. America is suffering from Stockholm Syndrome as anchors, citizens, and politicians lament the burning of gas stations and targeting of Targets. It is devastating that small business owners have lost property. It is horrible that people are afraid in their neighborhoods. But those feelings and travesties have been felt by Black and Indigenous people for too long, welcome if you are new to these feelings of upset and unrest.

The Black Panthers, The Weather Underground, Earth First, and other radical organizations knew to financially target Capitalist tools, because Capitalism is the problem. As a daughter of the Concow, the Pomo, the Lusenio and the Cahuilla and a daughter of the recently stolen Islands of Hawai’i, I see the blatant irony of white Americans feelings of frustration and anger over property destruction, stealing, and violent confrontations.

I am a living breathing artifact of a land before whites, and occasionally I can still find the heart to laugh: “We learned it from you, Dad.”

See you in the streets. 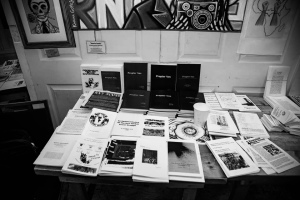 True Leap Press is a radical publishing collective with members in Illinois and New York. We promote Black intellectual struggle and advocate for the building of mass-based, autonomous projects for antiracist, anticapitalist, and antipatriarchal political education. 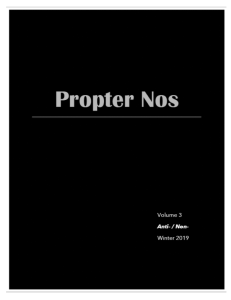