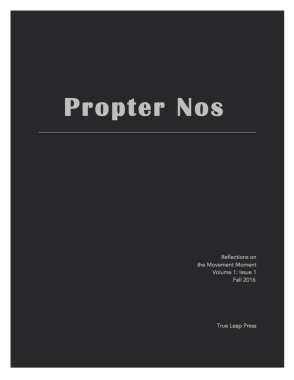 The goal of this first publication is to produce a space for commentary and reflection on the last half-decade of an emergent Black protest movement. Forgoing a paternalistic posture or the assumption that a “pure” form of political consciousness is attainable, our publishing collective sees the role of this publication as merely a tool among many other tools. With this publication we only wish to 1.) problematize the discourse that frames and informs the popular movement’s terms of engagement, 2.) generate modes of analysis that demystify the circulation and consumption of images of racial and sexual violence in the media, 3.) revise and revisit the three-pronged cultural project of the Black arts, aesthetics, and studies movements, 4.) provide an outlet in which information from counterintelligence operations for the Black movement against the racist capitalist state can be recorded, accumulated, and disseminated.

True Leap Press is a radical publishing collective that is currently located in New York and California. We promote Black intellectual struggle and advocate for the building of mass-based, autonomous projects for antiracist, anticapitalist, and antipatriarchal political education.